I have often wondered what the most used argument would be from Christian to bring me back to faith, after I had ‘lost’ it. Would it be the grand meaning to life? The truth of the historical Jesus? Creation? The miracles around us?  Questions about my doubting process? Pointing to sin in my life?

No. Out of the responses I got, both online and offline, there was one ‘argument’ that was used the most by far:

“What if you are wrong?”

Usually people didn’t or couldn’t point out where I was wrong, but just said that if I was wrong (and they believed I was wrong), I would have to face eternal consequences. Yes, that meant hell. Gehenna. The outer darkness. The gnashing of teeth, where the worm will not die. The lake of fire, meant for the devil and his angels. Of course, nobody dared to use the word hell out loud, but obviously it is what they all meant. Interestingly, missionaries seem to use this argument the most in conversations with me.

I have used this argument against myself for a long time as well. The New Testament, and especially Jesus (who shows us the character of God, right?), speaks a lot about the eternal torment that awaits anyone who does not believe. Seriously doubting Jesus leads to rejecting Him, which leads to eternal punishment. So whatever you do, no matter how many doubts you have, just hold on to faith, even if you are 99.9% sure that the Bible is wrong, because if that 0.1% turns out to be true… a fiery furnace will await you. This is called Pascal’s Wager, by the way.

I now think this threat of hell to make somebody believe is wrong on many levels. Let me take them on one by one:

I talked for over an hour already with another missionary. I explained my reasons for being an agnostic, he listened, asked more questions. He really did a great job in listening openly and honestly. At some point however, Pascal’s Wager showed up.

Him: “So what if you are wrong? You will have to face the eternal consequences! That is an enormous risk to take!”

Me: “Look… since when is fear a good reason to believe?”

Me: “Is your faith based on fear?”

Why was it a good point? There are very few “turn and burn” preachers anymore. In general, Christianity has recognized that fear of hell is a silly motivator to believe, because it only functions as a ‘get out of jail free card’. God is only some evil dictator in that case, of which Jesus needs to rid us. Those Christians will never become passionate believers, missionaries or preachers. Rather, one should believe out of love, out of ‘gratitude’ for what Jesus has done on the cross.

If reason #1 didn’t convince, you might be a Reformed/Calvinist Christian. In general, they do not speak of ‘love’ so much, rather they focus on the sovereignty of God.

So let’s say fear was a valid reason. A reason for what, exactly?

However, fear is an absolutely worthless method to those who became unconvinced that Jesus is the ‘Truth’.

For example: what if I told you, that if you don’t believe that 1+1=3, you will burn in hell for all eternity? No matter how hard you try, you would not be able to truly believe that 1+1=3 (if you passed grade 1, that is). Instead, you would naturally start to question the threat of hell, the faith that goes along with that threat, and the person making the threat would look a bit… desperate.

Threatening me with hell because I don’t believe in Jesus, is really not much different from megalomaniacal threats for not believing in a wrong math equation. Both don’t make sense to me (anymore), so you have to convince me rather than threaten me.

The whole gambling scheme is assuming there are only two options:

But what if there were many more options? 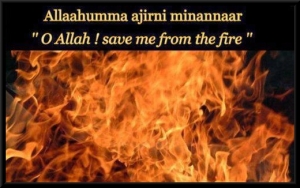 The whole wager just shows a very limited worldview. There are so many more options,  believing in Jesus only gets you out in one very specific scenario.

On a more personal level, I am completely unafraid of hell, even if the Bible were somehow real.

Acts 17:11 “Now the Berean Jews were of more noble character than those in Thessalonica, for they received the message with great eagerness and examined the Scriptures every day to see if what Paul said was true”

In Christian circles, the Bereans are praised because they ‘searched the Scriptures’. Christians pride themselves in being an ‘intellectual’ faith. So I did the same. I studied theology, read my Bible, prayed, and received the message with great eagerness.

But after much study with my God-given brain I reached the conclusion that it is all not real. I did not want to reach that conclusion, but I could not escape it. I searched, and I found something else. I feel it is then my spiritual duty to not believe, instead of faking it. I am staying true to myself, and true to those things presented before me. With new evidence, new insights can come. For now, I can firmly conclude that Jesus is not the way.

Honestly, the night on the 6th of June 2015 when I reached the conclusion (in tears and much shouting) that Jesus is not God, and does not fulfil His promises, was the most spiritual, authentic and courageous experience I have ever had. If an omniscient and omnibenevolent God cannot understand that, and understand my reasons, than I don’t know if He is truly ‘good’. On the contrary, if there is a God, I think He smiled that night at me for being so honest about my own deeply held beliefs.

The threat of hell can stop critical thinking. It basically puts a barrier around your thoughts: if you start to think these thoughts, you will face hell.

And precisely because Christianity is so centred around faith (instead of just the rituals), and faith is linked to having the right ‘thoughts’ or ‘questions’ or ‘mind-set’, it basically forms an enormously powerful way to control your mind. If a religion is focused on rituals, one might question a lot of things while still performing the rituals. But no, not so with (Biblical/Evangelical) Christianity. One cannot think freely: “What if Jesus is no God?” or “What if this Biblical story is complete nonsense on a historical and metaphorical level?”.

If you think you can, try it out in an average evangelical/reformed bible study group. I am curious for the results. Long stares, immediate prayer, removal or redirection to an alpha group are the options. Promotion to group leader because you have a free and inquiring mind are not among the results, I am sure.

Why? They don’t want a leader who leads their flock to hell. And while I can still feel with the argument reasoned from the inside, it really looks like mind- and herd control from the outside.

Last note: many believers will now want to point out that they do not believe in hell in the way that I painted it. Sure, I get that. Because it is such a difficult dogma, it has exploded into hundreds of variations. You are free to believe something else from what Jesus is most clearly talking about in many instances throughout the gospels: there will be punishment, it will be very painful, and it will be everlasting. Whatever form it takes in your belief system, as long as it is perceived as a ‘threat’, this article applies. If you do not believe in hell or punishment at all, I bet you will agree with me that Pascal’s Wager is the most fear-driven lottery ever invented.

Former missionary in Asia, I lost my faith in Jesus while serving Him there. I blog about the whole process of losing faith in Jesus: all the reasons that kept me in the flock, and those that drove me out.

What Kept Me In