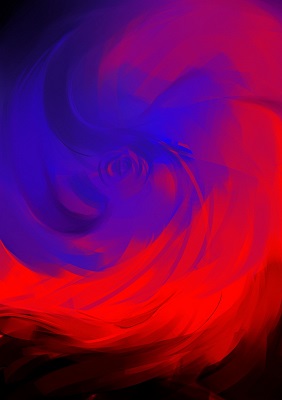 Just the day after writing part 1 on worldview, I went to a philosophy group here in town. One of the questions was: what do we know for absolutely sure? While there are many secular people there, the only thing that came up was: “I am aware of you now”. A slight variation on “I think, therefore I am”. Pretty much everything else can be questioned… (believe me, in a room full of philosophy-minded people, it will be questioned!)

My point? Everybody has to operate outside of plain ‘facts’ to even get out of bed, eat your cereals, or drive a car. Especially our worldview (e.g. our belief in Jesus) is not a plain ‘fact’, which is already made clear by the observation there are so many worldviews out there, and they are usually quite complex as well. So how can we know which worldview is ‘right’?

How Not to Evaluate a Worldview

First, let me show you how not to evaluate a worldview. I have done it the wrong way pretty much my whole life; and it happens all around us, in just about every discussion about religion. What is that mistake?

Core fallacy: Judge other worldviews through the lens of your own worldview.

What does that mean? Quite simple: we see the world as blue, somebody else sees it as red, because of our own beliefs. But if we normally have blue glasses, it is almost impossible for us to take them off and put on the red glasses to view the world that way. Instead, we judge the red worldview with our blue glasses on, and we see a purple planet that does not make any sense to anyone:

An example from the secular ‘camp’ that I have often seen and don’t agree with is the following: “Your Bible is nonsense. It has Jesus walking over water. Everybody knows that people cannot walk over water. Oh, and a virgin got pregnant? Yeah right! Virgins don’t get pregnant. What a load of nonsense!”

This shows that people judge the Christian worldview using secular standards: there is no God, and the laws of nature always apply. Then of course any miracle is nonsense. But Christians view it completely different, and belief there is a God who can do just about anything, so walking on water is an absolute piece of cake and can be expected from the incarnation of the Almighty himself. The argument does not hold sway at all and is no serious criticism of the Christian religion.

The other way around, I have often argued as a Christian that atheism does not make any sense because there are no absolute morals to refer to. How is an atheist going to defend that murder is a bad idea? On which ‘objective’ basis can you do that?

Also here, one is fighting the wrong battle. Christianity retrieves its morals from an authority outside this universe, but that does not mean that these are the only morals that can exist. For a humanist, morality is given from human experience and it is a great joy and liberation that they are not ‘dictated’ by some external authority. I have now experienced myself how ‘relative’ morals actually made me behave more ethical rather than less, but that is a topic for another time. Besides, to say absolute morals have to exist within a worldview is just your own supposition. Who ever said there have to be any absolute morals anyways?

So how do we get out of this blue/red/purple mess?

How to Peek Above the Maze

The problem with worldviews is that they are enforced not only by our web of belief, but often by authorities as well. Your parents, teachers, pastor, the Bible, God himself, they are all authorities that tell you to believe in this worldview:

Trust in the Lord with all your heart, and do not lean on your own understanding (Proverbs 3:5)

The fear of the Lord is wisdom, knowledge of the Holy One is understanding (Proverbs 9:10)

Contrary to Proverbs 3:5, we actually have to rely on our own understanding to peek above the maze of worldview. Perhaps you will say: but I trust my parents/the pastor/God himself that my religion is right, that I can trust in the work of Jesus. That feeling of trust is great (I have been there!), but at the end of the day we can only use reason to establish that someone is trustworthy anyway. What would you say to a Buddhist who fully trusts the Buddha without question? What do you say to a Hindu who trusts his culture for the right religious practices? What do you say to a Muslim who trusts the Koran to be the ultimate revelation of Allah? You would feel sorry for them and say: investigate, and you will find the truth!

I am simply saying the same thing to you now. Investigate! Use your reasons, use evidence, to see if your worldview makes sense. Allowing doubt to question what we think we know; to even question the authorities in which we trust, is what has brought us so far as humankind in the last centuries. All scientific discoveries are made because we have the humility to say we don’t know for sure, but we would like to find out!

Now we really get to the core deal of what happened to me some five years ago. I was studying mission, and wrote an essay about New Atheism in the course of a study on postmodernism. Actually, the essay was about how to bring the gospel to atheists (oh, the irony!). And while I studied it, and resented atheism all the time… something happened. Those questions like I had here before, about Gods absence in mission, they were already in my mind. Up to then, I could answer them through my ‘Christian’ worldview, like some of you have done here, and be done with it. Purple worlds don’t make sense.

But while studying atheism it dawned on me that the absence of God in mission may not be because of the greatness of God, or the mysteries of life, or a hidden strategy to only work with people, but simply because God was not involved. I absolutely did not accept that conclusion, but I could see that a Deistic worldview (God exists but is not involved) had a much better explanation for what is going on, just based on my observations, than the evangelical worldview.

Did that mean that I immediately doubted the Bible right there? Nope. Did it mean that I lost faith in God? Nope. What it did do, is create a nagging “list” in the back of my mind that read something like this:

“Absence of God in His own mission”

CHRISTIAN WORLDVIEW: Lots of gymnastics needed. Makes little sense to me. Minus 5 points.

Instead of seeing purple and dismiss the deistic ideas straight away, I could now see blue and red separately from each other. That other way of seeing the world ‘stuck’ with me, and any doubts that I now developed could grow in this new worldview, and just keep increasing.

Truth be told: this feels horrible! To notice that the world (in certain aspects) makes much more sense through the lens which you absolutely don’t want to wear, is an agonizing experience. It is called cognitive dissonance and it is not pretty if it touches deep beliefs in you.

I guess some of you will feel frustrated at this point. “How dare you be so arrogant to become Gods judge and ‘grade’ Him with points?” And right there you have a good point!

But notice it is not God Himself I am grading. I am grading the view that we have on reality itself, which includes the concept of God. And to do that, we can not only question everything, we have to question everything. If there are any holy areas in your thinking which you dare not question, you are not free. Your blue glasses are then glued to your eyes, and you will never be able to see reality any sharper than those glasses allow for. I can’t take off those glasses for you. You have to do it yourself.

What I can do, is show you the list of questions that I have developed, and show you how the Christian worldview made less and less sense to me, and the Deistic/Secular worldview more and more. You don’t have to agree with the deistic/secular worldview, and you might very well end up somewhere else. I am glad to admit that I am often wrong. Please show me where I go wrong, because I will go wrong at times. As this blog will continue, I invite you to think and score along, and judge each worldview on its own merit.

Questioning everything is a painful road, but it’s the only way we have to real knowledge. Do you want to walk that path?

Former missionary in Asia, I lost my faith in Jesus while serving Him there. I blog about the whole process of losing faith in Jesus: all the reasons that kept me in the flock, and those that drove me out.